Remaining Firm in the Truth of Life 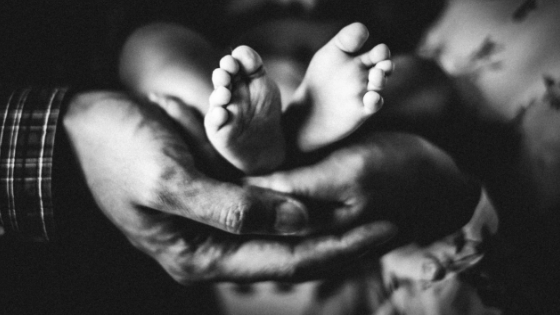 On October 14th, 2018, Pope Paul VI was canonized a saint in Rome. In many ways, his pontificate was characterized by strength in the face of adversity. He assumed leadership of the Second Vatican Council in the 1960’s, a tumultuous time during which the cultural conflicts between the Church and the world became increasingly apparent. As the Church sought to penetrate the modern world with the Gospel, the world in turn advocated for the Church to conform to its changing culture.

In 1966, the Pontifical Commission on Birth Control released its report which concluded that artificial birth control was not intrinsically immoral and recommended that the Catholic Church change its position regarding such practices. Consequently, when Pope Paul VI issued Humanae Vitae reaffirming that artificial contraception was morally illicit, he knew that this truth might well be rejected by Catholics and many others. Nevertheless, faithful to Christ and to the office he had assumed, he stood up for the truth by issuing a remarkable document that went beyond simply reaffirming the Church’s opposition to contraception and laid out the beauty of God’s plan for marriage and sexuality.

From October 11th –13th 2018, a conference was held in St. Louis, Missouri entitled “Advancing Humanae Vitae: Best Practices and Next Steps in Catholic Health Care Delivery and Education.” The conference commemorated the 50th anniversary of Humanae Vitae and was hosted by many of the major Catholic health care and educational institutions. One of the central messages of the conference was that Humanae Vitae does not just say “no” to the culture of the world; rather, it says “yes” to God and implores the world to engage in that “yes”. Health Care professionals must have a positive focus to break down the negative stereotype that the Catholic answer to the culture is always “no”.  Catholics say “no” to what is harmful in order to say “yes” to all that draws us closer to the Lord.

In Humanae Vitae, Pope Paul VI called medical providers to deepen their understanding of the science of a woman’s reproductive cycle. Dr. Thomas Hilgers, MD and others answered the call, which led to the formation of the Pope Paul VI Institute for the Study of Human Reproduction. The Institute’s discoveries, along with the work of many other faithful organizations, have challenged Catholics to deepen their faith and embrace the beauty of God’s plan for the family. CMF CURO is also a response to Humanae Vitae and the need for health care that fully responds to the dignity of the whole person. By serving the spirit, mind, and body, CMF CURO believes that health care can go well beyond helping individuals live healthy lives; it allows them to thrive and fully respond to the will of the Lord.

During his papacy and through his legacy, Pope Saint Paul VI affirmed that love and life are inseparably connected. Behind every “no” in the Catholic life, there is a deeper “yes” to God and His designs. May we all have the courage from the Holy Spirit to follow the example of Pope Saint Paul VI in bearing witness to the Truth.