Responding to Racial Injustice as an Ethnically Confused Catholic 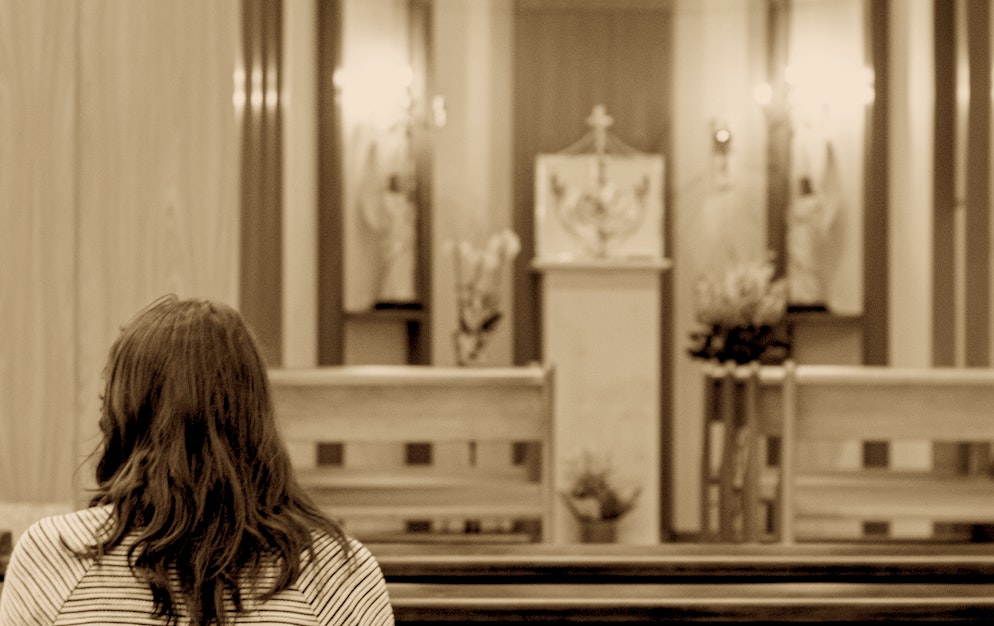 Just two weeks after our wedding, my husband and I drove from California to Michigan over the course of 4 days. On this drive, we saw a lot of different places and people. We were able to really see the diversity that exists within the United States. On the first night of our journey we stayed in southern Utah. The following morning, we had breakfast at what seemed like the only diner for miles. As we walked into the diner, everyone fell silent and all eyes fell on me. For a moment I was very confused as to why our presence changed the environment and noise level in the room so drastically. I soon realized that I was the darkest person in the room.

I had never experienced anything quite like this before. In the small rural town where I grew up, there were two dominant racial groups: Portuguese-American (who typically identified as white) or Mexican-American. I never fully fit in with either. Although my father is Mexican and my mother is White, I didn’t obviously belong exclusively to any ethnic group. My skin color lied somewhere between the two, and the way I carried myself differed from each in subtle yet noticeable ways. It wasn’t obvious to either group where I belonged and I definitely felt this in various social settings. Because of this, I never saw the value in recognizing either of my cultural heritages or that of others. If I recognized my duality I felt a sense of isolation. I recall those moments when I walked into our church hall and saw the Mexicans on one side and the Whites on the other, visibly separated. I recall the confusion and isolation I felt standing in the middle of the two.

I was socially isolated in certain settings by my Mexican friends, because I wasn’t “obviously Mexican” (an actual phrase someone has used to describe me). Similarly, my White friends could not identify me as truly one of them, either, “I thought you were Indian” (or Middle Eastern or South American, the list goes on). There were cultural norms that I adopted from both of my cultures and even from others with whom I shared more of a social bond than a blood relation (thank you to my Portuguese friends!)

In a lot of cases, both the Mexican and White cultural groups saw how I differed from them rather than how I was similar to them. So I taught myself to ignore my ethnicities. I did this because I struggled with finding a sense of belonging. Whenever I focused on my ethnicity or cultural identify, I felt isolated because I never fit into just one box. Instead, I clung to my Catholicity over my ethnicities. However, this presented a problem as well. While one should live their life fully for God’s glory, my effort to replace my cultural identity with my Catholic identity was doing my faith a disservice.

I have always been greatly angered by the racial injustices that African American have faced in our country. African Americans have been targeted by the abortion industry and police brutality more than any other ethnic group. I had genuinely believed the best way to eradicate racism was to be “color blind” and to encourage others to do the same. Recently, I’ve begun to realize that this approach is more harmful than helpful. A few nights ago, I had the pleasure of listening to a podcast in response to the recent murder of George Floyd. The Christ Medicus Foundation’s Executive Director, Louis Brown, was a guest on this podcast. He said something that contributed to a change in my outlook: